Posted on by Joshua Zuchter

Superhero and comic book movies these days, are not typically for the faint of heart… However, superhero abilities, at least that we see in the world of fiction, are truly inspirational!

Characters such as Superman, Batman, The Green Lantern, Wonder Woman, Iron Man (Tony Stark), Thor, The Flash, the Hulk, Spiderman, Elektra, and the many others you have likely heard of or seen are causing us to reconsider what is possible.
Although highly unlikely and improbable, falling into a vat of toxic waste and developing super human powers to fly, be invincible, hear other people’s thoughts, and move metal through telekinesis, would be a dream come true!
For now, none-the-less, these movies inspire us to move beyond our mental limits and dream about possibility.

Of course, looks don’t hurt! We more easily remember how the characters looked in their uniform than recall who wrote the script! Who wouldn’t when remembering Halle Barry’s Cat Woman character in black leather or Chris Evans in his greatest buff form in the more recent Captain America.

When you think of the original Superman movies with Christopher Reeves from the 1970s, we don’t even think about Christopher Reeves himself, nor do most people know who created the character or the writers of the script that he spoke from.
We remember Christopher Reeves running through the street opening his shirt, where we saw the Superman symbol and felt exhilaration, knowing something truly remarkable was about to occur.
Most of us have no idea who created the scripts and lines that serve as the backbone for the incredible dialogue and inspiration that comes from our favourite characters. To an even greater degree, the assumption is that if it is a fictional comic book or superhero movie, it will be all special effects and no substance.

The truth of the matter is that most superhero and comic book films contain incredible wisdom developed by the writers of the script and then delivered by the actors who play the characters. The inspiration that comes can truly affect our lives in significant and positive ways.

Below you will find the top 5 truly inspirational messages society could learn from the many superhero blockbusters and writers who channelled the lines that captured our attention.

As you move along, see if can guess where they come from… the answers will follow at the end.

1. Likely the most well known quote from all of the superhero movies:

The teaching:
It is not so important or significant that you have power, but rather what you do with it that matters. And we can choose to use that power to either help OR hurt people.

If you saw this movie, you likely felt the compassion, wisdom and care that this person had and how that can inspire us to strive for more to really help those who need our help and most importantly to use our inner power wisely, without ego and instead from an inner calling for the greater good of all.

(Regardless of how cheesy any of this may sound, that is also another subtler lesson that these movies offer… be cheesy and corny sometimes!)

2. One of the more well known quotes from a comic book movie:

“Why do we fall? So we can learn to pick ourselves up.”

The teaching:
This is one of the most profound quotes I have heard from a comic book movie.

What does this say? Falling is a natural part of life. We fall, so that we can practice rising again.

As we become masters of falling or failing in life, and then getting right back up, we begin to develop belief in ourselves and realize that no thing can ever keep us down, that we can move through whatever challenges and obstacles present themselves in life, that we CAN pick ourselves right back up.

The contrary side of this is when we fall and then simply stay down – sad and depressed that life isn’t how we want it to be and we essentially exist in an abyss of low energy, miserable and feeling sorry for ourselves, others, and for the rest of the planet.

This lesson teaches us not to stay seated in the misery – Instead, pick ourselves up, dust ourselves off, let go and move onward!

3. If you are particularly visual or a feeling person, the following quote is especially significant for you:

“Sometimes you have to run before you walk.”

The teaching:
Many people who tend to be very visual also like to see things perfectly and as perfect. We want pictures straight on a wall, our rooms or offices perfectly decorated, perfectly conditioned, perfectly organized, and especially before we allow anyone to see whatever it is that we want perfect.
If you have ever been hesitant to allow people to see you without makeup, hesitant to begin a business idea or put up a website because your inner perfectionist wanted it to be perfect first, then this quote is a qperfect uote for you start living by.

This superhero serves to remind us that sometimes we need to just dive in, throw caution into the wind, express ourselves as best we can, even if we haven’t come up with the perfect method or perfect words, even if that thing is only half completed. Sometimes, we need to run before we think we have perfected walking!

4. We all have emotion. If you are human or expressing humanness, then there is a 99.99% probability that you have emotion that you both suppress and express.

“Even now I can feel it, buried somewhere deep inside, watching me, waiting… But you know what scares me the most? When I can’t fight it anymore, when it takes over, when I totally lose control… I like it.”

The teaching:
Dumdumdum… can you hear the ominous music… This movie helps us to see the dormant possibility that is waiting inside of us if we hold back our frustration and anger instead of release it or vent it out safely.

Frustration not expressed, becomes anger. Anger not expressed becomes rage. Rage is what becomes uncontrollable and either eats us up inside or causes us to do harm to ourselves, others around us and to our environment.

There is no need to go green like this character! Now is the time to begin learning methods and tools to release and vent. Be an example for your kids, especially for males teaching them how to let out frustration and vent thoughts in a healthy way.

Be a model for expressing anger if it has gone to that level in a healthy way so that your kids, when they are around other people who are in anger, know how to deal with it and do not become defensive OR offensive. This is one of the few emotional capabilities that our society has shunned that has actually served to work against us NOT for us.

5. Likely my personal favourite and most powerful quote that I have heard from a comic book superhero movie. This movie series consists of 6 films and currently has a new one in production. This quote is the least known because it wasn’t actually shown in the movie theatre as far as I can recall. It was in a cut scene viewable on a special edition DVD series:

“I wish you could just see the world as I see it. Because when you really look at it, it is just one world.”

The teaching:
From each of our own points of views and perspectives we can easily see the differences between us… Differences in borders, philosophies, beliefs, cultures, values, religions, genders, colour, and sexes. But at 100,000 feet up, from outer space, we are one planet.

…If only we all took the opportunity to look at life from the higher, broader field of view that this quote inspires, we would look at all life and realize

Speaking about one, have you felt oneness with these quotes and recall what Superhero movies they are from? Here is the list: 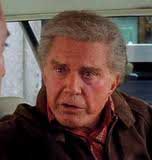 1.  Spiderman: by Peter Parker’s Uncle Ben
–after Peter misused his power against a bully at school.
2.  Batman Begins: by Bruce Wayne’s father to Bruce
–after he has fallen down a well when he was a child.
3.  Iron Man: Tony Stark when speaking with mentor and father figure Obi
–referring to how Tony Stark acts without much thought… sometimes.

4.  The Hulk – 2003: Bruce Banner explaining what it feels like when he becomes the Hulk

5.  Superman IV (my least favourite of the Superman series, but my favourite quote from them all): Superman when flying with a young boy in his arms high up in the atmosphere where no borders to countries were visible.

Be sure to comment below and list your favourite superhero or comic book movie and a quote that moved and inspired you. Additionally or alternatively, vote for your favourite quote above and let’s see which of these wins as the favourite in this blog!

Let’s complete with a brilliant quote from a truly cheesy comic book movie:

“Some lessons can’t be taught. They must be lived to be understood.”
-Elektra

Unable to fetch the feed
Error :